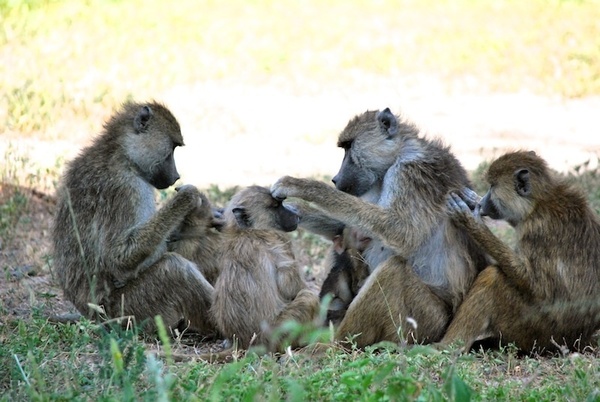 Dominance rank influences many fitness-related traits in the Amboseli baboons and in other mammalian populations. Therefore, understanding how and why animals attain a given dominance rank is an important goal in behavioral ecology. For female baboons, dominance rank is maternally inherited and generally follows predictable patterns. Specifically, adult daughters attain a rank immediately below their mother, and in reverse age order (a phenomenon known as ‘youngest ascendency’). This pattern of rank inheritance is assumed to be widespread and generally stable in cercopithecine primates; however, few studies have systematically examined whether the rules of female rank inheritance always hold true, and under what circumstances they are violated. To do so, we used longitudinal data from over 200 female Amboseli baboons to ask (i) how often do females attain dominance ranks similar to their family members, and how often do they attain youngest ascendency (as expected)?; and (ii) which factors predict whether a female attains her expected rank? Surprisingly, we found that many females did not hold their expected ranks at menarche (the onset of adulthood), but that females often ‘corrected’ their rank position over the first few years of their adult life. In addition, we found that the presence of mothers and maternal sisters were powerful predictors of female rank outcomes, but that fathers, brothers and paternal siblings did clearly influence female rank. In total, our analyses reveal that female rank is dynamic in early adulthood and heavily influenced by kin support. Furthermore, these results indicate that, in nepotistic rank systems, rank may not be as predictable as previously thought. Social and familial relationships, as well as the characteristics of the female herself, likely influence dominance rank much more than previously appreciated in these systems.

A link to the paper is here.