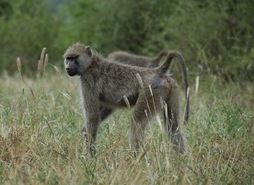 Reproductive aging in human females –  characterized by declining fertility in the 30’s, followed by complete reproductive cessation in mid-life – is an evolutionary puzzle because, all else being equal, mid-life reproductive cessation is inherently disadvantageous. One important question regarding the evolution of early reproductive aging is whether it is unique to humans or shared with other species. This has been the topic of much speculation but no definitive answer to this question has previously been available; comparative data from nonhuman primates are particularly important in answering this question because of the close phylogenetic relationship between humans and nonhuman primates. Several studies that have tackled this question suggest that there may be differences between humans and other primates, but none are conclusive. Some researchers still refer to 'menopause' as a common phenomenon in nonhuman primates, while others argue that early reproductive aging in humans is unique; in other words, this remains an unanswered question relevant to human evolution.


We used a unique data set on seven nonhuman primate species in wild populations to show that the human pattern is generally absent in other primates. We have framed the question in a fresh way, by asking whether reproductive senescence (measured by age at last live birth) occurs at a significantly faster rate than generalized senescence (measured by mortality rates) in these wild primate species. We used Gompertz models and a competing risks framework to test our hypothesis that nonhuman primates do not show reproductive senescence prior to death in the manner that humans do, even humans that live in a natural-fertility, natural-mortality population. 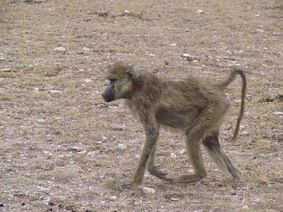 Our results represent a definitive answer to the longstanding question “are human reproductive cessation patterns distinct from other primates?” – our data indicate that they are. The particular strength of our contribution lies in (i) the innovative approach we take to measuring comparative reproductive senescence, and (ii) our assemblage of detailed reproductive data on wild populations of 7 species that span the primate order.  We hope our result will fundamentally change the nature of the scientific discussion about early reproductive aging in humans, and by extension will substantially impact discussions of human evolution.