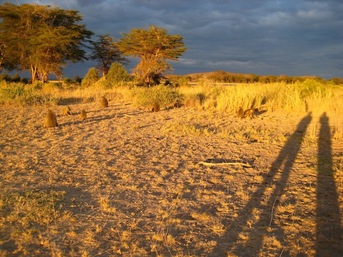 The Amboseli baboons live in a semi-arid savanna that stretches off the south-west corner of Amboseli National Park, just north of Mount Kilimanjaro. Here, the baboons range over approximately 100 km2, moving between the fever tree woodlands where they sleep, the savanna where they forage, and waterholes where they drink.

The habitat is highly seasonal and challenging for the baboons, who contend with a 5-month dry season (from June through October) during which there is no rain. Even during the rainy season, the rain that falls in the baboons' range land is highly variable. On average, the area gets 350 mm (14 inches) of rain each year--an amount similar to the average rainfall in deserts of the southwestern US. However, from year to year, the annual rainfall in Amboseli can range from as little as 150 mm to as much as 550 mm. The temperatures can also be extreme, sinking to 7C (45F) during the coldest nights, and climbing to over 40C (104F) during the hottest days.

The Amboseli baboons are part of an extensive, continuous baboon population that occupies a large part of eastern Africa. From the perspective of baboons, the Amboseli basin is locally bounded on the west and the north by inhospitable stretches of land, but males move to and from social groups living to the south and to the east of the basin. Hence, the population is not genetically isolated, but exchanges members with neighboring baboon populations. 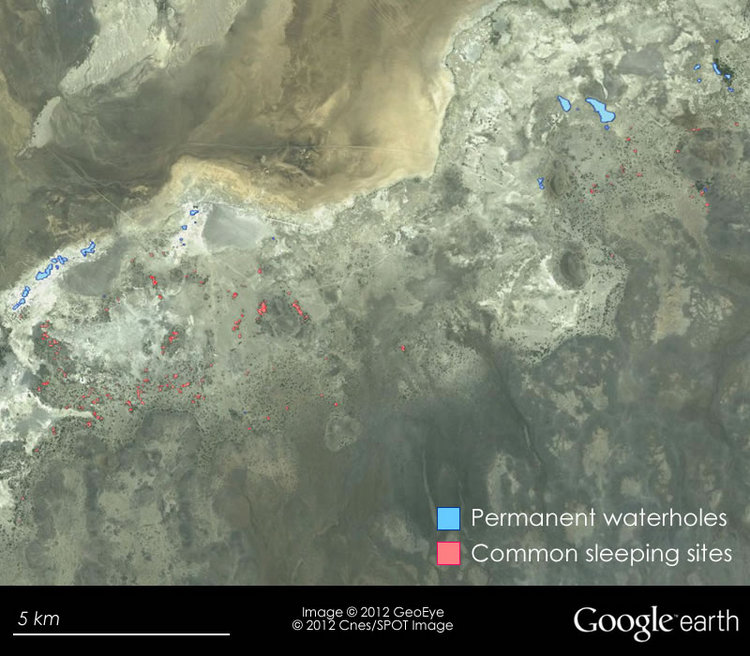 The map above shows key resources in the baboons' habitat. The baboons sleep in small patches of fever trees (sleeping sites in pink). They get much of their water from permanent waterholes (blue).